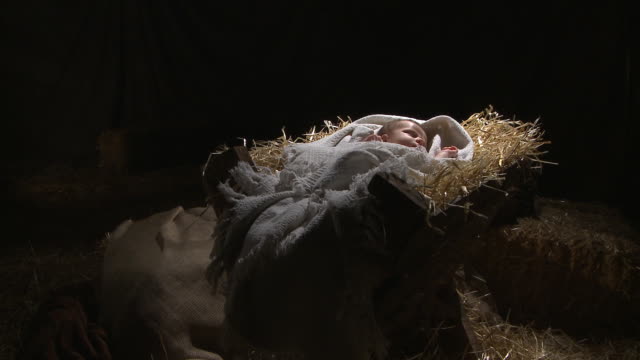 Kids on Christmas morning hope for the newest toys and electronics under the tree. The soldier’s mother hopes for her son’s safe return for the holidays. Teachers hope to survive until Christmas break and students hope there will be no pop-tests before they reach the last day of class. Travelers hope for good weather and light traffic while law enforcement hopes for safe drivers and no accidents. The merchants hope for record sales and shoppers hope for great bargains. Christmas is synonymous with hope – but not for these reasons.
For the Jewish people, hope was in short supply. Their nation had long been under the control of others; at the time of Jesus’ birth, the Romans ruled over Jerusalem. The Jews had hoped for God’s Messiah to rescue them from oppression. They hoped for a leader who would overthrow the Romans and reestablish David’s throne and Israel’s independence. God would indeed send the Messiah to rescue His people from bondage and establish His Kingdom, but He would overthrow a greater enemy than the Romans. He would save more than just Israel and would rule over an everlasting Kingdom from David’s throne. He would not come in power with a sword in his hand and a crown on his head. He would come as a helpless baby with straw in His tiny fist and a crown of thorns in his future. He would not raise a scepter over Jerusalem but would be raised up on a cross outside the city gates. He would not overthrow Rome – He would overthrow death. Their hopes would be fulfilled – but not as they envisioned. It would exceed all they could ever ask or imagine.
Your hopes might be for something flashy and fun, or simple and quiet this Christmas. You may have hopes that can’t be put in a box with a bow. One of my favorite verses is Proverbs 13:12: “Hope deferred makes the heart sick, but when dreams come true at last, there is life and Joy.” In God’s good and loving hands, hope is a sure thing – a promise given and fulfilled in the same instant. It may not look what you thought it would be Beloved, but you have His Word that it will be full of life and Joy.