Through many years of serving in women’s ministry, the most oft-repeated statement I hear is: “I just can’t forgive myself.” The weight of shame and the burden of past sins and failures seems to be the most popular accessory for Christian women today. What if I told you that you didn’t have to carry that over-stuffed bag around anymore? Sweet friend, if you have accepted Christ as your Savior, the Lord says: “I will forgive their wickedness and will remember their sins no more” (Hebrews 8:12). If God doesn’t remember your sins, why do you need to?

That fashionable bag of shame you are carrying is empty of all your sins. Oh, there is still a heavy weight there, but it is not your sin – it is stones of false guilt put there by the enemy – the accuser who wants you to feel the weight of a sin that no longer exists. But you say, “I don’t feel forgiven.” Here is where you are going to put faith in action.

I want you to grab 2 pens – one of them with red ink, and go to an empty page in the back of your Bible. One by one, take out those stones from the bag – yes, your sexual promiscuity, the abortion, the affair, the failed marriage, the crime you committed, the stupid thing you can’t believe you did – and write it down. Now beside every entry write in red ink “1 John 1:9.” This verse declares, “If we confess our sins, He is faithful and just and will forgive us our sins and purify us from all unrighteousness.” Confess it, thank God for His forgiveness and claim it as a truth, not just a feeling. Then when the enemy tries to throw that rock back in your bag, point to your written confirmation of freedom and own what Jesus did for you.

Here’s the bottom line my friend: you don’t have to forgive yourself. God has already forgiven you through Jesus’ sacrifice. There is nothing left to forgive. Now pick up your empty bag, fill it with the joy of freedom in Christ and claim the new life you have been given. 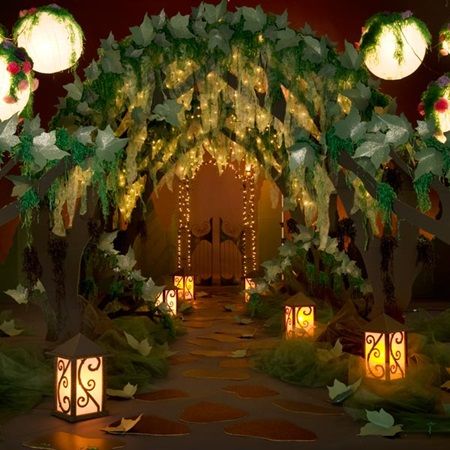 Friends, I am not the good girl you think you know. Yesterday I broke the law and had to face the consequences of my actions. I was running behind driving over the speed limit. I topped a hill and there he was. The blue lights came on and I pulled to the side of the road. There was no use in denying it – I was guilty. I told the officer I was running late to a wedding. He took my driver’s license and walked back to his patrol car. A few minutes later he came back and said, “You have a clean driving history, so I’m going to reward your good behavior and let you go with a warning.” I thanked him profusely and then he said, “Please slow down ma’am. The roads are wet, and I want you to arrive safely and enjoy your friend’s wedding.” I thanked him again and carefully pulled away. It all ended well – he gave me leniency because he found no fault in me and I made it to the wedding just before the bride walked down the aisle.

Friends, I am a sinner and I sometimes let my sin-nature drive me into sinful behaviors. But God doesn’t see me that way. He looks at me through eyes of grace because of the work of His Son on the cross. Paul said, “It is by grace you have been saved, through faith – and this not from yourselves, it is the gift of God – not by works, so no one can boast” (Ephesians 2:9). My record of wrongdoing is long and ugly and there’s no getting off for good behavior. I am a sinner – but a sinner saved by grace.

God has issued an invitation to the wedding of the universe. He wants you to come and enjoy the eternal celebration, but you can’t get there on your own clean record because you’re a sinner too. You have the same sin-nature and the same tendency to sinful behaviors that I do. But there is grace. There is a cross. There is a Savior. His name is Jesus – the Son of God. He died to take away your sins and make you right before His Father. Your place at the wedding is waiting Beloved, and the path is paved with grace.

What does it mean to be a “righteous person?” Merriam-Webster says that “righteous” means “to act in accord with divine or moral law.” In Scripture, it means to be “right.” But who sets the standards for “right” and “wrong?” In our culture, that standard shifts like a sheet caught in the wind. God gave His law and commandments so that His people would know exactly what He deems to be right and live accordingly. Righteous behavior was rewarded and unrighteousness was punished. In a previous post, I shared how the Prodigal Son would, according to Levitical law, be stoned to death when he returned home for rebelling against his father. Likewise, a woman who was found to not be a virgin when she married would also be stoned to death. The law stated: “She has done a disgraceful thing in Israel by being promiscuous while still in her Father’s house. You must purge the evil from among you” (Deuteronomy 22:20-21). According to the Law, this was the right way to deal with her.

So how is it that Joseph was called “a righteous man” when he decided to disobey this law? When Mary revealed her pregnancy to her fiancé, Joseph “did not want to expose [Mary] to public disgrace, [so] he had in mind to divorce her quietly” (Matthew 1:19). Joseph did not want Mary to endure what the law said she deserved. Yet the Scriptures called him righteous. Because Joseph opted for mercy over judgment. No wonder God chose him to be the earthly father who would raise His Son.

A popular entertainer professed to be a Christian recently and just dropped a full gospel album. He has a reputation as a foul-mouthed, wild, arrogant, rebellious guy, but now he says he is a follower of Christ. And the church has judged him and his claim by his past. Where is mercy? Where is righteousness? Who among us has the right to judge his faith? Shouldn’t we instead be proclaiming the saving power of Christ? If the angels are rejoicing that a sinner came to Jesus, why aren’t we? We have an opportunity to show the world the grace and mercy of God by embracing this man and his new-found faith – but we’re showing them that Heaven has slammed the door in his face. And theirs. Why would they want a God like that? The truth is, it took the same amount of holy blood to cleanse my sins as it did to cleanse his. And it takes the same grace to overcome my mistakes as a believer as it will to overcome his. If God can save a wretch like me, no one is outside of the reach of His salvation.

James said it clearly and boldly: “Judgement without mercy will be shown to anyone who has not been merciful. Mercy triumphs over judgment!” (James 2:13).

I’m choosing righteousness here. I’m choosing the same mercy that was shown to me. I’m going to believe that my God can save. Anyone.

Meditating this morning on Luke 1:26-30 and Gabriel’s words to Mary: “Greetings, you who are highly favored!” (vs 28) What was it about Mary that make her “highly favored?” Was it that she was a virgin? Hardly – there were many virgins in Israel. Was she somehow superior to other young women? The Scriptures don’t support that, even though the Roman Catholic Church teaches that she was.
Here’s the point we struggle with in the 21st century – it wasn’t about Mary at all. When we read the Bible we tend to focus heavily on the characters in the story because we are looking for something in them with which we can identify. “My favorite Bible character is Peter, because I can identity with him; we’re just alike.” I’ve said it myself about certain Bible people with whom I feel a “connection.” In the same way, we look at God and identify characteristics that highlight how He relates to us. And again, I’ve done it – my favorite attribute of God is His faithfulness, because He has been so very faithful to me. That is not wrong in and of itself, but it’s miss-focused. You and I need to see God for who He is, not who He is “to me.”
The Greek word “favor” means “grace.” Favor is a gift, a kindness, a blessing and it says nothing about the recipient, and everything about the Giver. When Gabriel spoke his greeting he wasn’t exalting Mary, he was highlighting the undeserved grace of God to her. We have a hard time wrapping our minds around that because we are a merit-based society. But there was really nothing special about Mary – God’s favor was purely His own choice. She received it in the same manner – praising Him for His grace, mercy and power (vs. 46-55). It is the same with our salvation. Despite what the church teaches, we don’t “choose to receive Jesus” – He chooses us to receive His grace – our only part is to respond in faith.
What’s your story with God Beloved? Do you recognize that you were chosen by nothing more or less than His grace? If we are in God’s blessed family it is all His doing, not yours or mine. Let’s refocus our spiritual understanding on this gift. It’s not about who we are – it’s all God’s Amazing Grace.