We’re New Testament Christians – why should we read the Old Testament? What good does it do me to study old laws and rituals? Why should I learn about people so far removed from my own life? Because we don’t study the Bible to learn about laws and rituals and long-dead people – we study the Bible to learn about and draw hope from God. I am in a group that is writing through the Bible, we’ve been mired in Job for months. Lots of misery and grumbling and arguing. But by slowing down the pace and paying attention to the text, we’ve come to understand Job – and God – from a whole new perspective.

Paul said, “Everything that was written in the past was written to teach us, so that through the endurance taught in the Scriptures and the encouragement they provide we might have hope” (Romans 15:4). He’s talking about the Old Testament. When I am discouraged, I go to the stories of God’s deliverance in Exodus. When my life has fallen apart I turn to Nehemiah where God enabled His people to rebuild the broken-down walls. When I face a frightening situation Esther is my go-to book as I remember how God rescued His people. And when the world looms dark and evil, I turn to Daniel and witness God’s sovereign control over human events.

The Old Testament is filled with evidence of God’s power, purpose, love, and faithfulness. The same power, purpose, love, and faithfulness is found in the New Testament and in my life two-thousand plus years later. In the Old Testament, I find the God who delivered Israel, rebuilt Jerusalem, and rescued the Jews. In the New Testament, I see the same God who delivered mankind, broke the bonds of sin and death, and changed the world. He is the same God I call to in this present season of struggle. I know He is able to do for me today all that He did then. I put my name in those verses of rescue and promise and the God of the Hebrew people, of Nehemiah, Esther, and Daniel becomes the God of Dorcas Elizabeth. He hasn’t forgotten how to rescue and restore. His power hasn’t diminished one bit. This God is your God too if you have trusted in Jesus. Beloved, get to know the God of the whole Bible. Get to know the God of your life.

He is the Lord who calms the wind and the waves and brings peace where there is turmoil (Mark 4:35-41).  He is the Warrior who stands between His prophet and the enemy when the enemy is all around (2 Kings 6:15-17). He is the Savior who reached out His hand and rescued Peter from drowning (Matt 14:22-31). He is a mighty God who does might things on behalf of His people.

He is also my Provider who brought my family food when our pantry and checking account was empty.  He is my Protector who shielded me in a car accident. He is my Guide who brought me back home. He is My Father who notices even the smallest things in my life. Like my phone.

Shortly before Christmas, my very old phone died and I had no funds to replace it. My best friend’s daughter got a new phone for Christmas and they made a four-hour round trip to bring me her old phone which was still in great condition. It was a blessing and a gift of love from both my friend and from God who cared about me. Until last week when it slipped out of my pocket and into the tub. And we were out of rice. So it just sat on my desk, mocking me with its dead, black face. But two days later, on “a whim” I plugged it in and it came to life and has been working perfectly ever since.

I know you’re thinking, she’s not really going to turn a cell phone into a devotional, is she? Oh, yes I am. Because the God over the wind and the waves is also the God over empty pantries and dead phones. Paul said, “He who did not spare His own Son, but gave Him up for us all—how will He not also, along with Him, graciously give us all things?” (Rom 8:32).  He is the good and gracious God who cares about even the smallest detail of His children’s lives.

I spent two years recovering from a severe emotional breakdown by studying the Hebrew names of God in Scripture. There were so many that spoke to me, but the one that means everything to me is El Hayyay – the God of my life (Ps 42:8) because there is not one detail of my life that He doesn’t care about, whether I’m in a battle or watching my phone float to the bottom of the tub. He is Lord over the big and the small. Beloved, He is the God of your life, too. 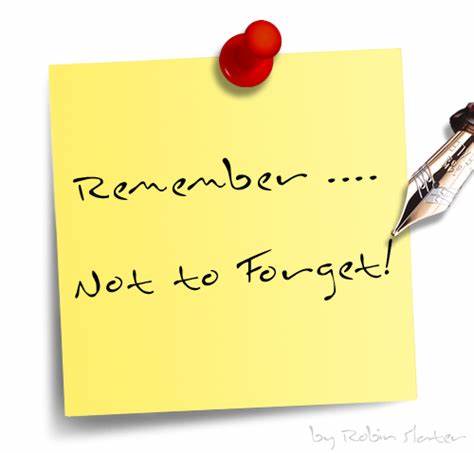 Why, I wondered, with so much Joy in my life, am I so down? Why am I so discouraged? Why do I feel like there’s such a weight over me? I asked the Lord about it this morning and He showed me an image of a heavy, gray blanket over me and my house. “Where did this come from Lord?” From the enemy. He has covered me with a spirit of discouragement. Add to it my own battle with depression and anxiety and that blanket becomes a dead weight over me. What can I do? How can I be free?

Have you felt the same heavy weight? It’s understandable given the way this year has gone. Even if everything was peachy-keen in your life, the virus, lockdown, unrest, political turmoil, and sense of fear and hopelessness that has gripped the nation is enough to bring even Pollyanna down. But, Beloved, you have a God in heaven who loves you. So much that He gave His only Son to redeem you and give you eternal life. Remember?