This morning I was thinking about something I needed to do, something I didn’t really want to do because it often raised up a temptation I’ve been trying to put down for a long time. I prayed for help and a verse came to mind. It comes out of Psalm 23 – The Shepherd’s Psalm. Verse 4 says “Even though I walk through the valley of the shadow of death, I will fear no evil, for you are with me; your rod and your staff, they comfort me.” Now, what does that have to do with temptation?

This valley is not a pastoral scene of gentle slopes between the hills but a steep, narrow gorge where the sun never reaches. The valley most attributed to this passage was the Valley of Hinnom outside the walls of Jerusalem. It was a horrible place of death as bodies of criminals and animals and the town’s rubbish were thrown there and fires burned continually to consume them. The ”shadow of death” is a place of extreme danger and thick darkness – an apt description of the valley. It was also a place where kings and priest sent their own children to be burned alive to appease the gods – a horrible sin.

Death and sin go hand in hand. From the very beginning, God told the first humans that when they sin (disobey God) they “will surely die” (Gen 2:17). Paul said that “The wages of sin is death” (Rom 6:23). The valley was a terrifying place of sin and death. But it was also a place people had to pass to get to the gates of the city. Here’s where this all comes together. You and I will be faced with sin and its consequences as long as we are on this earth. We can’t escape it. But we don’t have to fear it. God is with us. If we walk closely with Him we can traverse the sin and death of this world without falling into it. That’s what God was saying to me this morning. “Don’t be afraid of what you need to do. I am with you. I will not let you fall.” And He didn’t.

Beloved, the world is filled with sin and death, but if you belong to Christ you can face it with faith in your Shepherd. Your very Good Shepherd who died to save you – His precious little lamb. 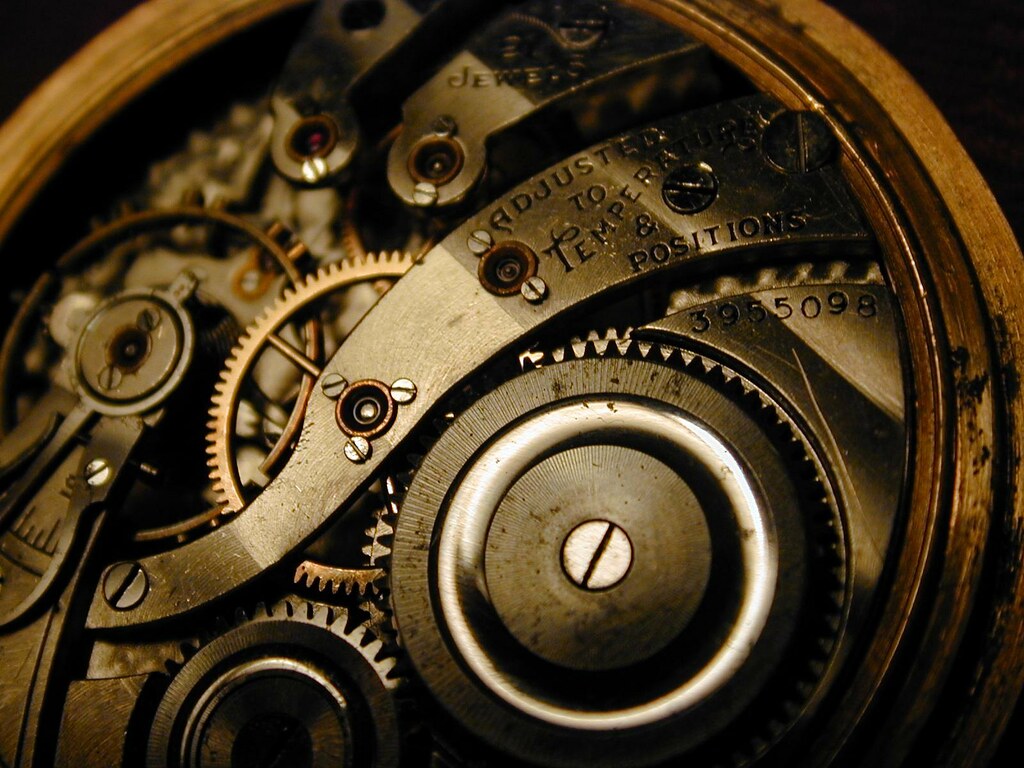 “I’ll see you in heaven,” I said to my Mom as peace fell over her still face. It’s the same thought I had when I got the call several weeks ago that my brother had passed away. For the believer, to be “away from the body” is to be “at home with the Lord” (2 Cor. 5:8). Truly, I envy them. I long to be home – eternally home. But it occurred to me that I never have to tell Jesus, “I’ll see you in heaven.” Yes, I will “see” Him in the sense that I will, like my mother and brother, gaze into His face in heaven. But I am not separated from Him at all. Over and over in Scripture, He promised, “I am with you,” and I know that He is.

There was a theory espoused in the late 18th century called “the Watchmaker Analogy.” Just as watches are set in motion by watchmakers, after which they operate according to their pre-established mechanisms, God created the world, set the laws of nature in motion, and then sat back on His heavenly throne to watch it all unfold without His regular involvement unless there was a catastrophic need to intervene. (2020 would be a good time.) It allowed for theism – the belief in the existence of a Creator – and evolution – the natural process of selection – to coexist without firmly standing in one camp or the other.

That’s not the God of the Bible, nor is it the God of my life. The God I know is not sitting back with disinterest, He is actively engaged in the world and even in the minute details of my everyday life. He is passionate about His creation and especially about His children. Recently I cried to God over hard stuff in my life, and He assured me of His ever-watchful eye and His hand poised to act at the right moment.

This life is hard. It’s doubly hard when you think you’re alone. It is comforting to know that the God who promised His presence to Abraham and Moses and Joshua and David and the Apostles and Paul has also promised to be present and active in your life as well. Beloved, you don’t have to wait for heaven. God is with you now, today. He is El Hayyay – the God of your life.

I remember reading a quote, though I don’t know who said it, that asks the question –

“If you don’t feel close to God anymore, who moved?”  A quick internet search yields more than 112 million hits, of people who are wondering why they don’t feel as close to God as they once did.  People are leaving churches by the droves because they feel that God is remote, unavailable and uninterested in their lives.   The pop singer, Bette Midler sang a song with these lyrics: “God is watching us, from a distance.”  In this age of “spirituality,” fewer and fewer people can testify to a close and personal relationship with God.  I’d like to tell you that Ms. Midler’s theology is way off and God is as near to you and me as our next breath.

Peter is the prime example of one who walked closely with the Savior, yet allowed himself to drift.  One of Christ’s most passionate disciples, Peter swore allegiance to Jesus-even to the point of death, saying “Lord, I am ready to go with you to prison and to death” (Luke 22:33). But Jesus knew that Peter’s bold talk would not sustain his resolve.  He told Peter “Before the rooster crows today, you will deny three times that you know me” (v. 34).   And sure enough, Luke 22:54-62 tells us that Peter did just as the Lord said he would.

How does one who walked so closely with Jesus turn away from Him so easily?  I’d like to offer something I see in this passage:

First, our key verse gives us one important clue – “Peter followed at a distance.”  By the words used in this verse, we see a contradiction in Peter’s actions.  He “followed” – which means in the original Greek, “to accompany, to be a disciple,” so he heads out with the heart of a disciple, to accompany his Lord and Teacher.  But he followed “at a distance” and this Greek word means “far away, at length.” Out of fear for his own life, Peter fell back, and the distance between him and Jesus began to work on his heart.  When he separated himself, his passion for the Lord cooled, and rather than a heart warmed by his love for Jesus, he warms himself by a man-made fire.  His passion for Christ has chilled to the point that he openly denies the One he previously swore to follow to prison and death.

It is the same with you and me – when we begin to allow the cares and offerings of this world to draw us away from our Savior, our hearts begin to cool toward Christ, and rather than draw near to Him, we turn and warm our cold hearts at worldly fires.  Is Sunday morning more about a sports event than gathering with the saints in God’s house?  Are we more concerned about keeping up with our favorite TV programs or with reading and studying God’s Word?  Am I having more “Facebook” conversations than heart conversations with God in prayer?  Is there an unconfessed sin that is driving you away from the One who died for your sins?  Am I reluctant to confess that I know Jesus at all?

Now let me offer this a beautiful contrast. God has made a promise to you and me: “the Lord your God goes with you; he will never leave you nor forsake you” (Deuteronomy 31:6).  Our Heavenly Father has promised, no matter how far we roam, He goes with us and will never leave us.  He commanded the Israelites to build a place for Him, that He might dwell in the midst of His people.  He came in frail human flesh, Jesus Christ, and walked among the very ones He would give His life for.  And He has sent His Holy Spirit to all who will believe in Christ for salvation; His indwelling presence to be with us through this earthly life.

In Paul’s letter to the Romans, He declares “Neither death nor life, neither angels nor demons, neither the present nor the future, nor any power, neither height nor depth, no anything else in all creation, will be able to separate us from the love of God that is in Christ Jesus our Lord” (Romans 8:38-39).  God has proclaimed that He will be with His children, and there is no power or force or thing that can take us from His love.  God is never distant from His beloved child.  The gap that you feel is not God pulling away from you.  He can never separate Himself from us, if we are in Christ Jesus.  Pop songs are not theology, God is watching us, but not from a distance.  He is watching us, caring for us and loving us from within our own hearts, as He lives in us through His Holy Spirit. He is as near as your next prayer.

Holy Father, when I think I have lost my way, and have wandered far from You, I need only call on Your Name, for you are always with me.  Thank You for never giving up on me.  Amen